2013 was the year of “domestic sociality”, while in 2012 we asked you to “tidy up the space”. Which were the projects on the podium?  Find out the previous editions! 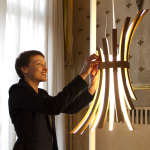 2013 // DOMESTIC SOCIALITY
www.fsc-italia.it/en/designaward2013
The subject of the second edition was “domestic sociality”. Participants had to design chairs, tables, coffee tables, lighting systems and furnishing, which are created for facilitating moments of sociality, sharing and staying together in our houses. Object had to be entirely (except for small parts, joints and screws) made up of wood. Projects must be innovative and functional, easy to manufacture and transportable. 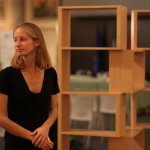 2012 // TIDY UP THE SPACE
www.fsc-italia.it/designaward2012/about
The subject of the first edition was “tidy up the space”. Participants had to design innovative and quality furnishing, which are created for tiding up and organizing a space inside a room of the house. The object had to be entirely (except for small parts, joints and screws) made up of wood.