The famous furniture fair Salone del Mobile was held in Milan from 8th to 13th of April. Within Salone Satellite, in the stand of ADI Atelier dell’Innovazione, the prototypes of the winning projects Filò e Wave were exposed. These are the first winners of our design contest, respectively in the “Professionals” and “Students” categories. 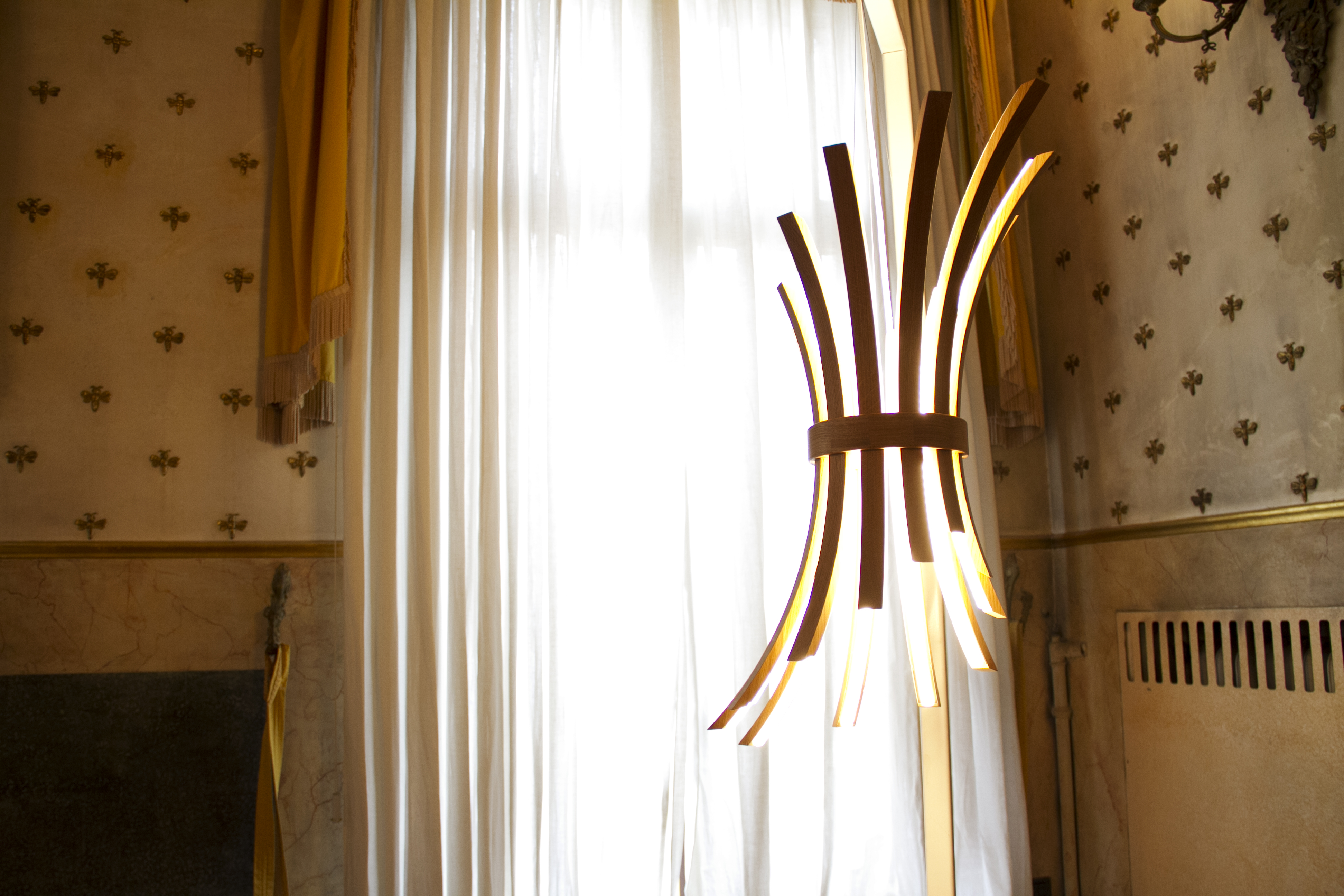 A different lamp for every different moment of conviviality. Playing with its small wooden boards allows you to manipulate light according to the atmosphere you want to create, either that you would like to illuminate spaces between people, or to create a more intimate dim light to share secrets. 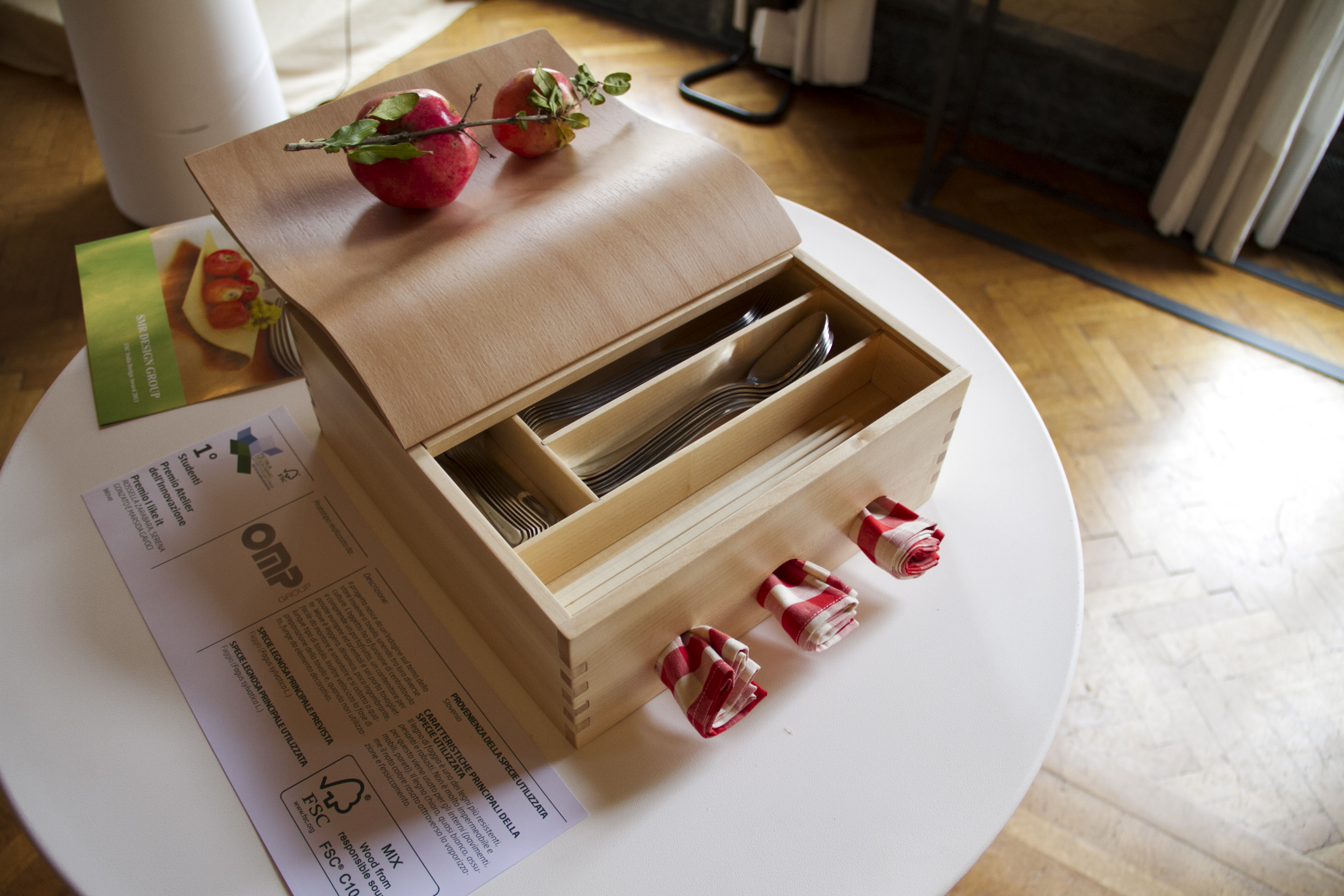 Wave is a centrepiece composed of a fruit bowl, a box for European and Asian cutlery and six spaces for placemats. Light, dynamic, small enough, easy to
assemble and disassemble and suitable for every kind of table. Wave also makes it faster to set the table and, if not used, can always become a decoration